Cecil will forever be in our hearts as that friendly lion, beloved by all, lured away by the darker side of a soulless man, a man who now represents the horrors of trophy hunting.

Meanwhile, our hearts are so broken. We unite because we can identify a persona, an essence and a name. By naming and identifying one animal in this madness, we can protect. The name coupled with the persona tugs at the care taking part of our soul.

Look at some beings whose persona/essence we identified and because they have a name and a face, they have pulled our heart strings, transmuting our perception that then brings about change: Rosa Parks, Mathew Shepard, Malala, the dogs of Bad Newz kennels, Koko, Barbaro, Tiger – the cat that was recently by a vet with a bow and arrow, the dog on the roof of the house during hurricane Katrina and many, many more.

Unfortunately, without a name, a face, a context, we don’t engage. It becomes another story that whizzes by in an overstimulated world.

Lolita, Keiko and Tilikum are the face of all that is reprehensible about orcas in captivity. With a face, a character, a story, a persona, a context, we all want to take Sea World down.

Cecil, the family guy, the lion whose essence exemplifies the kind of lion that would walk among men has been brutally tortured and murdered. Cecil is calling forth for us to come together. We must protect and care for our shrinking animal kingdom.

My hope is this collective grief will transform into the superpower of compassion, care and stewardship for the nameless and the icons alike. 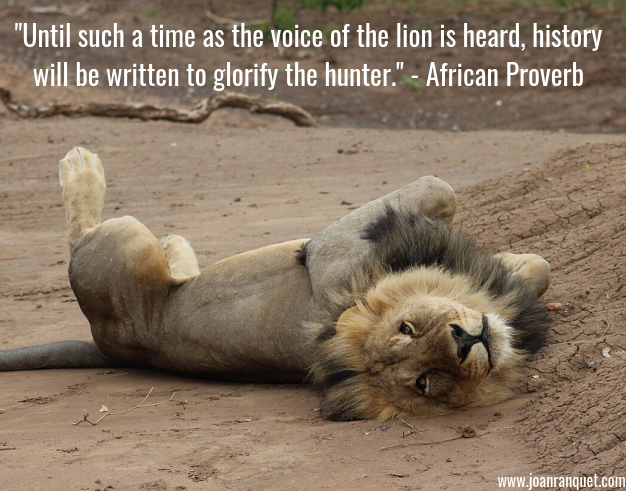 We have a sad reality here on the planet, open range is dwindling, limiting the habitat of our animal cousins, wildlife. That means, more…