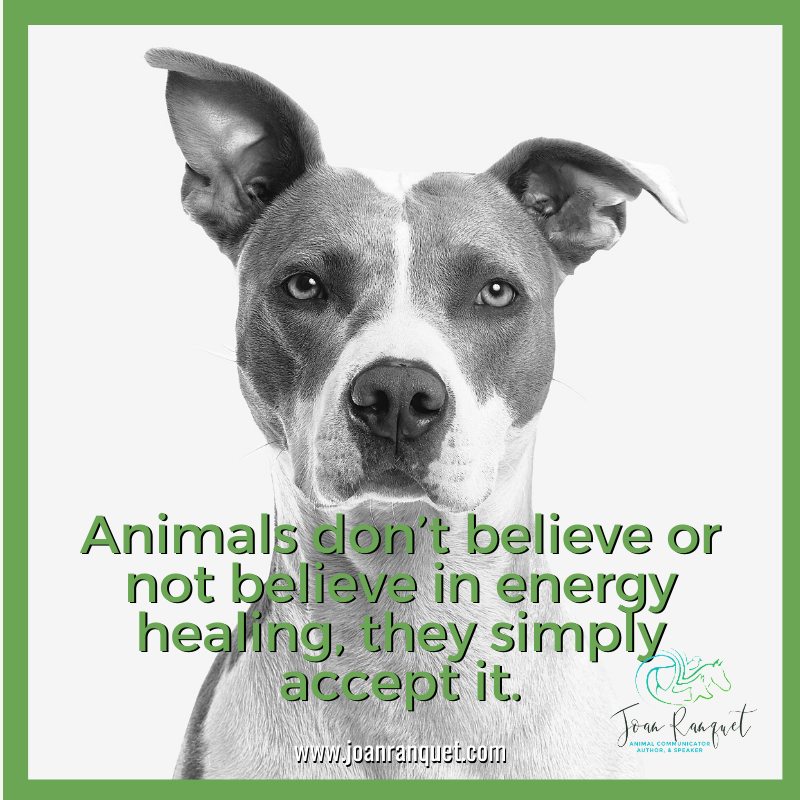 “One of the most beautiful things about energy healing for animals is that animals don’t believe or disbelieve in any of the energetic technologies. When it works for them, it’s because it’s right for their being. If it doesn’t effect a change, it’s not the right fit. It is certainly one of the quickest ways to prove that these technologies can work since an animal’s belief system doesn’t stand in the way. Animals don’t lie about how they feel, there’s no such thing as a placebo effect for them, and many of the results of the energy work with them are specific and measurable.” Excerpt from Energy Healing for Animals (Sounds True).

I remember when I first got started with energy work, body work and animal communication. I would feel like an absolute magician when something would work. I would feel dumbfounded because it defied logic and ecstatic at the same time.

I would look deep into the horse I was working on and they had a quiet knowing, a trust, a receptivity that we humans often hold off. Even the most skeptical of animals, ones that have been damaged, traumatized, injured or neglected have that little bit of trust in their eye like they still believe in Santa Claus.

We could learn a lot from that level of belief in the universe.