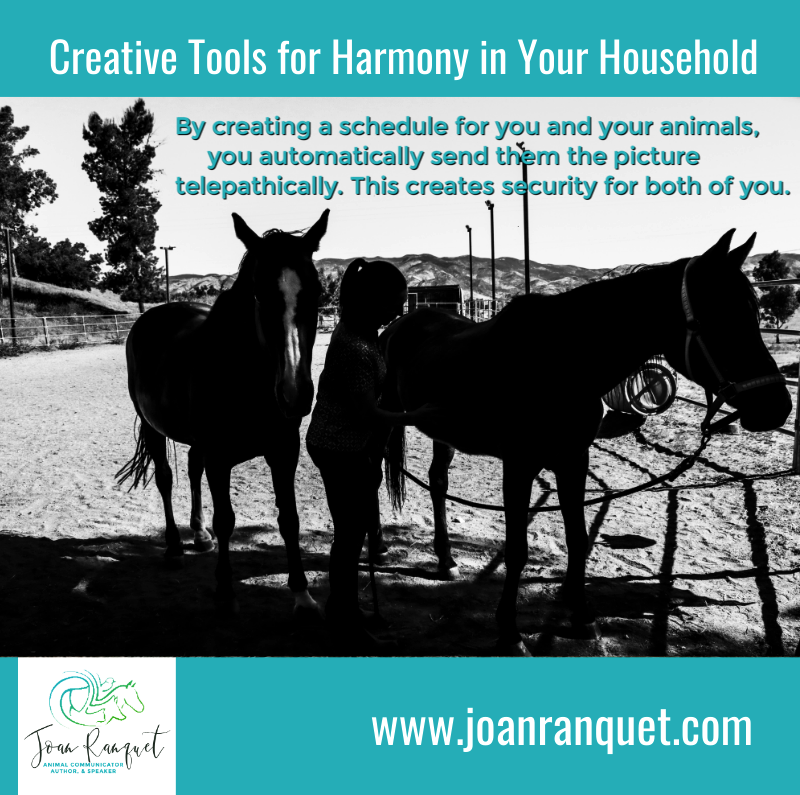 Kellogg is a type A personality, a Thoroughbred who was at the track for eight years. Most horses don’t stay at the track that long unless they were fantastic and/or they enjoy the sport. Karen is a type A personality in marketing and sales. She travels around the world teaching courses to large corporations. Together they were doing hunter/jumpers. He carried an air about him that said, “Why bother going in the show ring unless you’re going to win?” 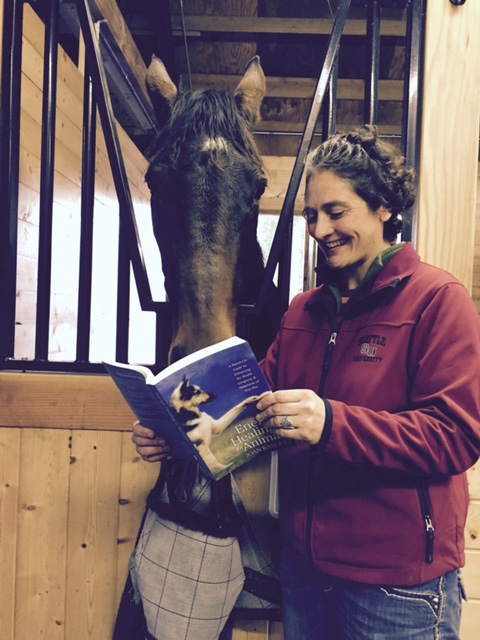 At some point he started bucking. The first thing I do with bucking is scan the body to see if there is pain. Horses―just like people―can benefit from a chiropractic adjustment when they work at this level. But there was nothing that stood out that would warrant this sudden behavior. Being the winner type meant he also was a perfectionist in every way, so needless to say, he was a good bucker. It was not safe for Karen or the trainer to ride him. On my visit, I asked him why he was doing this.

He was so confused about his life and its direction. At the time, he (like Karen), needed goals. Sometimes he would ride with the trainer and other times he would ride with Karen. To make matters worse, people would come by and say, “Poor Kellogg, Karen must be out of town.” Yet then that day she might show up. There were mixed messages from every direction. He doubted whether Karen really ever left town, and he wondered what was wrong with him that everyone was saying “Poor Kellogg.”

So I suggested Karen post two months of her schedule on the stall wall so that it was clear to anyone peering in whether she was in town and coming to ride, or whether she was out of the state or the country teaching, and Kellogg would be ridden by the trainer. Every business trip had to be recorded. That way people wouldn’t wonder anymore whether Karen was in town: It was there in black and white. During the session, we got clarity on how many shows were coming up. Kellogg had something to look forward to and his own life was no longer a mystery.

A schedule is also a great thing for a young animal in training; especially for the super smart, super scattered types. For dogs and cats this schedule can go by the food bowl; even on the refrigerator. For horses it can go on the stall door. If they are out to pasture, it can go in the tack room. And if you’re like me and your car is your part-time office, put the schedule on the passenger seat so you are constantly reminded of the plan. You automatically send them the picture. It’s etched in stone and you can stop your doubting as to whether you have enough of a plan. 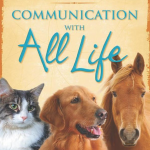 A friend of mine called the other day from Los Angeles and said she wanted to set up a phone consultation for her dog.  I…