No lion is as mourned as you.  Some humans are so unenlightened.  For every one person that would do such a thing, thankfully there are many more of us who are open heartedly grieving over this senseless and torturous act.

Many people believe that karma will get Dr. Palmer.  I don’t believe so.  I think he has been in hell.  I think his ego will suffer some blows. Yeah, he probably won’t be drilling in any more mouths any time soon.  He will be shamed, he will have some financial hardship.  I believe karma has been playing him all along.  To come on to the planet and develop so heartlessly, to get a thrill from a kill, that is karma.

I have never thought of karma as simply retroactive, rather, it is simultaneous and episodic.  We are causal in our realities.  All the moments leading to an action and all the moments thereafter is karma.

To walk through life thinking about, planning, paying money to hunt like that is downright horrid and must be a terrifying level of hell.  I don’t think of hell as a place, rather a state of mind.  To be heartless with that mind is a hellish karma he has been living with all this time.  That is his karma.  All the earthly stuff he will have to deal with from here on out is just part of all that led to the moment. 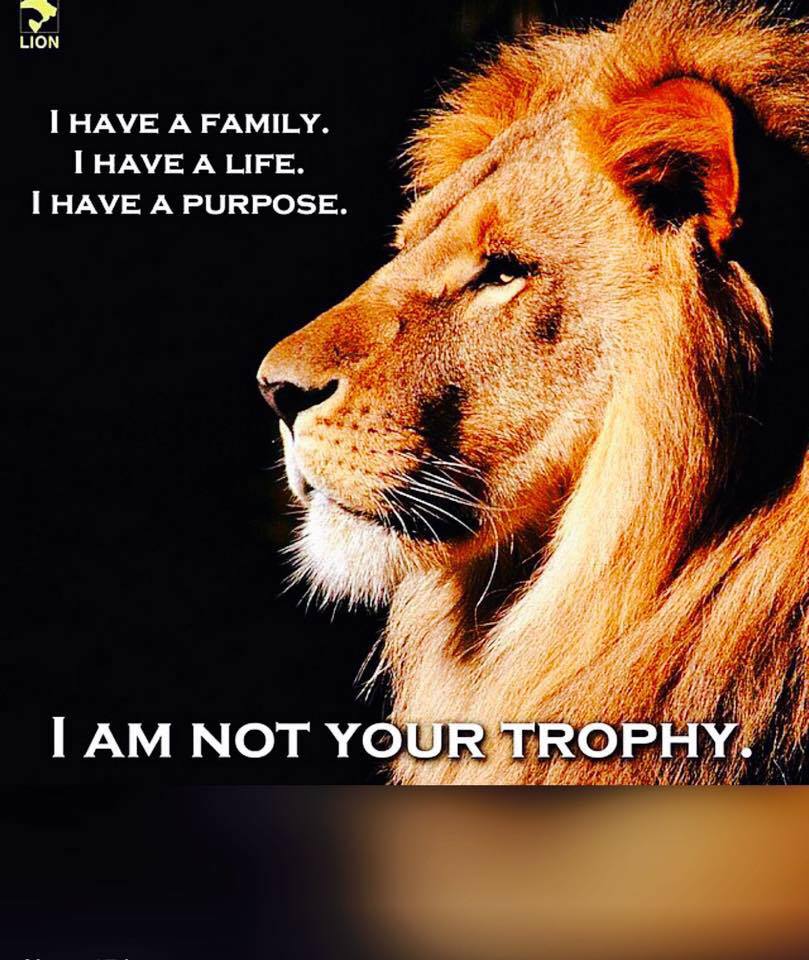 Tourism that makes trophy hunting okay is terrorism.  I couldn’t imagine knowing deep in my heart that I was a terrorist.

Cecil, your loss is a loss to so many of us.  There aren’t even words to match the feelings. And the words would be clumsy as they fell out.  It is very difficult to express.  Suffice it to say, your loss is epic.

I have a giant tribe.  I know I won’t be doing this alone.  We will join and pray and think good thoughts for your babies who are now in peril.