It was about this time last year that I had the first call in panic. Florazella, the filly was born within the normal gestation period. In fact, her mother, Gold Tempest had been given a synthetic hormone to keep the baby. This practice is common enough but the mother had been leaking milk for over 60 days. But there was something gravely wrong. Tragic indeed. 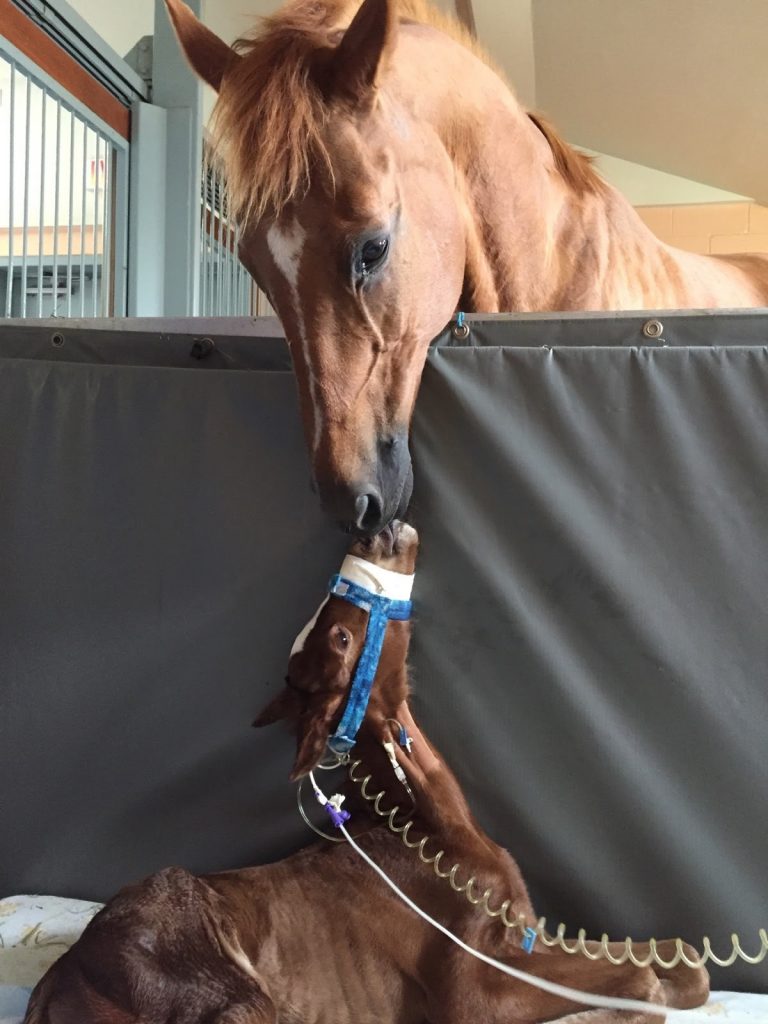 Florazella was only 54 pounds at birth, half the weight she was supposed to be. They had to lift her to get her to the teat. It was exhausting and scary for the humans. And so terrifying for the mom that Gold Tempest was pawing at her newborn to get her up to nurse.

The vet said she barely had a 50 % survival chance if she stayed at home. So off to New Bolton prenatal center she went, by gurney, where her survival rate went up dramatically.

Still, it was heartbreaking.

Florazella’s human is one of my oldest friends, Cathy. Cathy was updating me regularly and called to ask if there was anything that could be done holistically.

The truth is, at that point, what can you do beyond energy healing and prayers?

Holistic medicine has its place, a very prominent place. As does western medicine. And energy healing has a big space. As well as prayer.

Building an immune system later in a holistic manner would have its place down the road but for now, energy healing and prayer needed to assist the star of this particular show, western medicine. 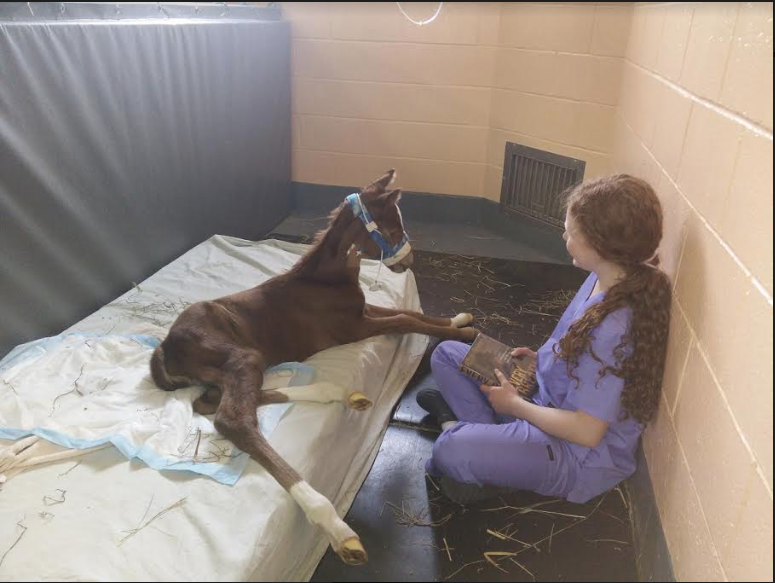 Essential oils aren’t going to fix a dangling foot. But it can start the relaxation process to enable speedy healing. And so this is what we were looking at a big western medicine boost as Florazella was to be on a feeding tube and she needed to learn how to suck from the teat. And she had no energy to stand nor did she even have the strength to really stand.

And so I offered prayers and energy healing. Particularly scalar wave. Since most of my students are well versed in scalar wave, I offered a team of people working on the baby horse. And her mother. And the whole space. She was a star in our remote energetic world.

Meanwhile, at the hospital, Florazella had to be held up for 10-15 minutes at a time and then placed back down to rest. When she could get up on her own and nurse from her mother, she could go home. The problem is, babies are busy, even if they are weak. She required 24 hours of volunteers, who all fell in love with her, reading to her, staying with her so that she would lay down. She quickly became the Rockstar of the New Bolton prenatal center.

Often when I’m working on someone, whether it’s scalar wave or EFT (emotional freedom technique) tapping, I start with the understanding of the outcome and work backward. So anytime I thought of the baby horse and how scary it must be, I jumped to the picture of her getting up on her own and nursing. When I was in a healing space, I would run energy, clear the chakras and send in the scalar wave, cleansing each cell and seeing cell health proliferate. 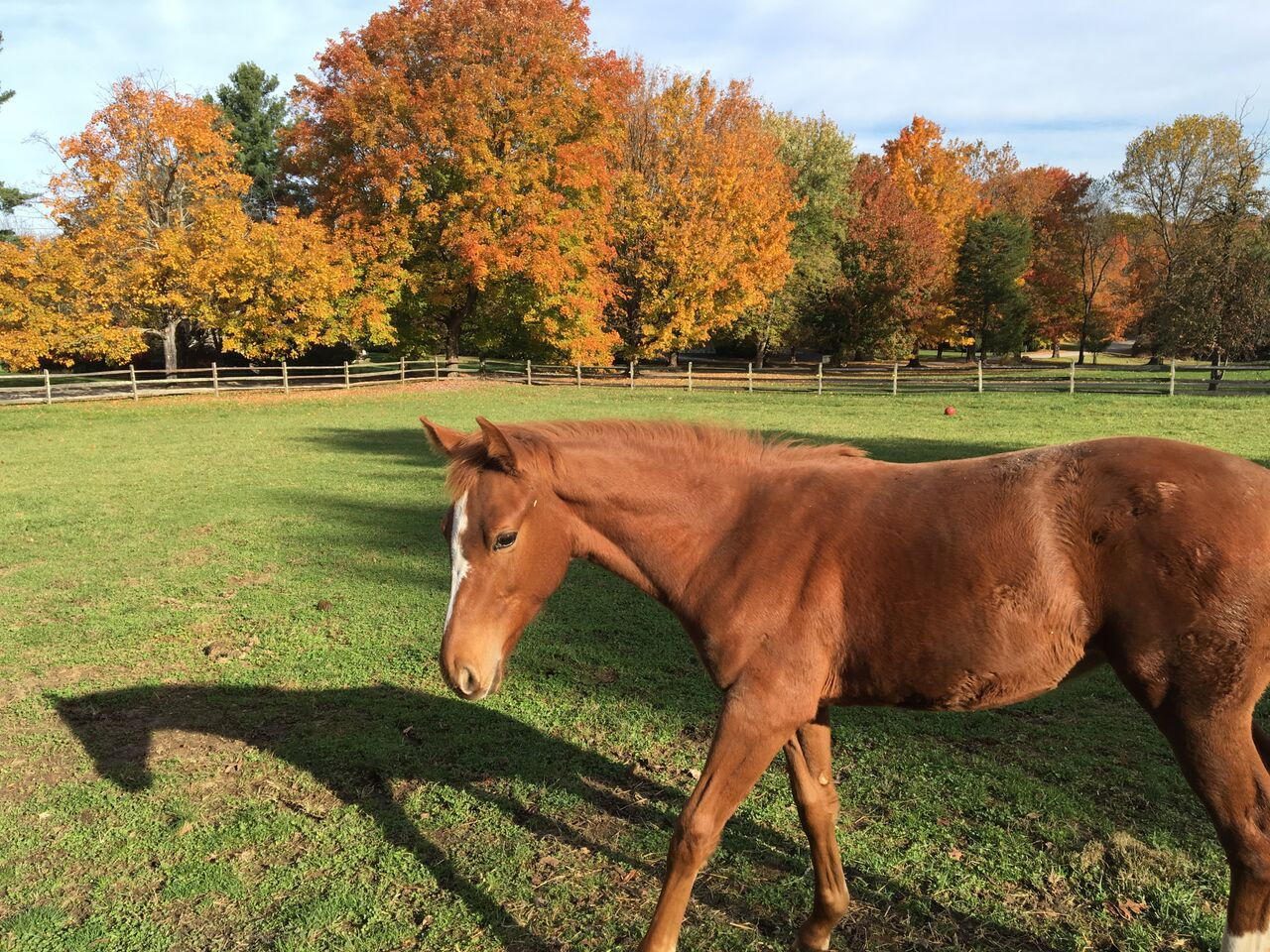 In about 8 days, Florazella was sent home. With minimal challenges, Florazella has flourished. In fact, last November when I was back east for my TED Talk, I got to meet Florazella afterward. She was as sassy as ever. One would have to be pretty darn determined to go through that with flying colors.

She has a full life now, full of energy. She remains a big star in our hearts.

This healing technique (scalar wave) and being able to hold space for animals and their people, are just some of the skills you learn in Energy Healing for Animals Level 1. 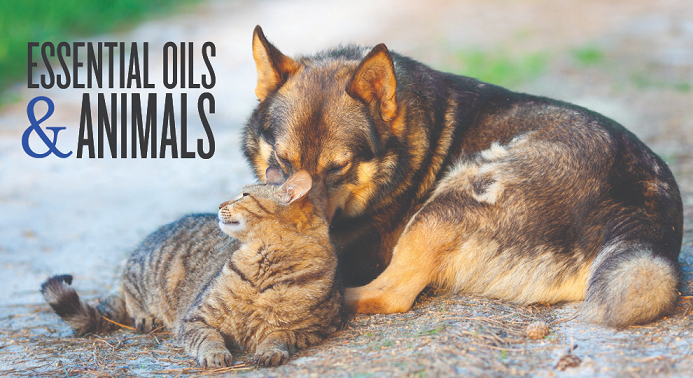 As we head into the holidays, we often see our animals as stressed as the people. I’d love to share tips and treatments for calming… 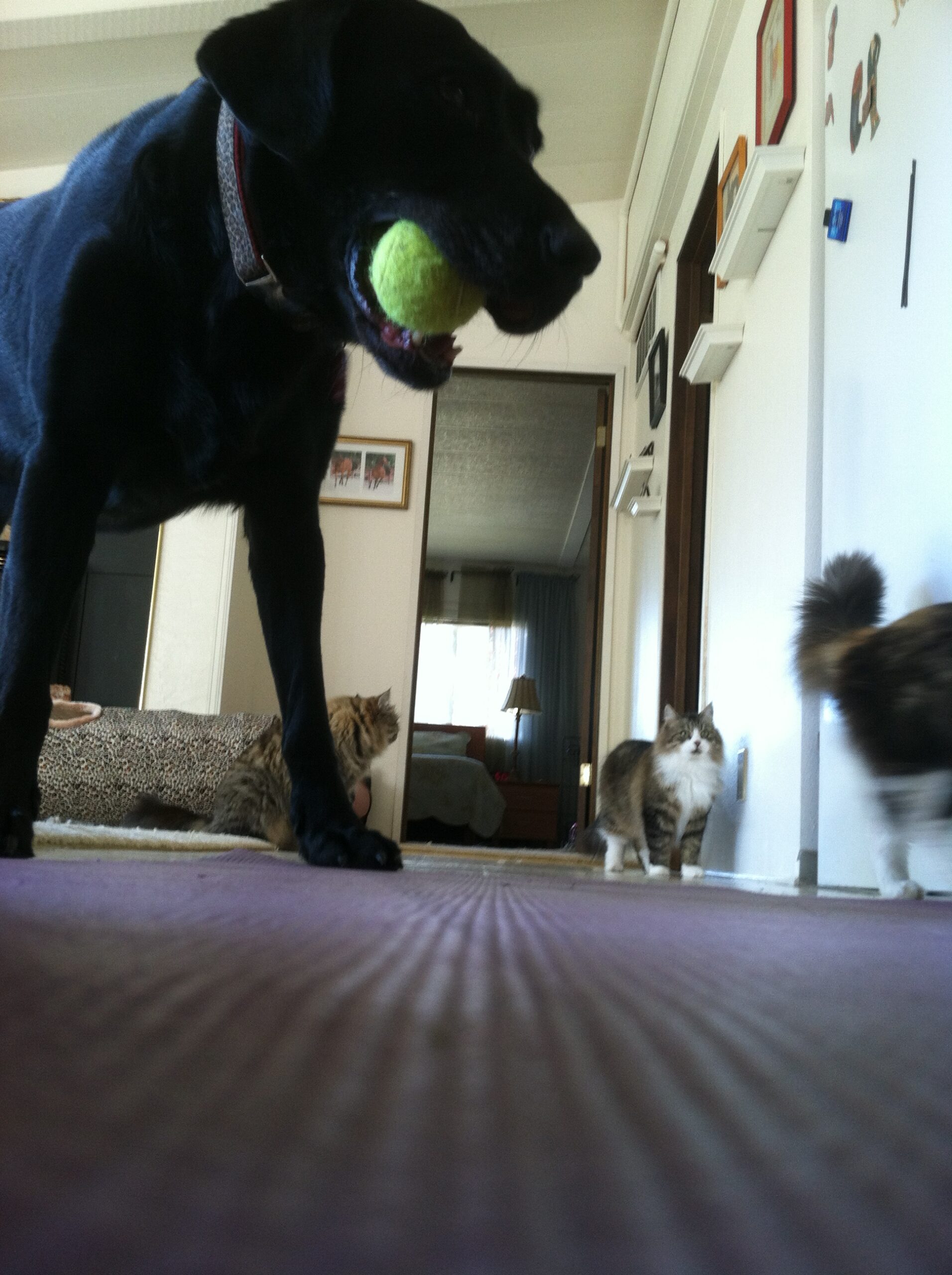